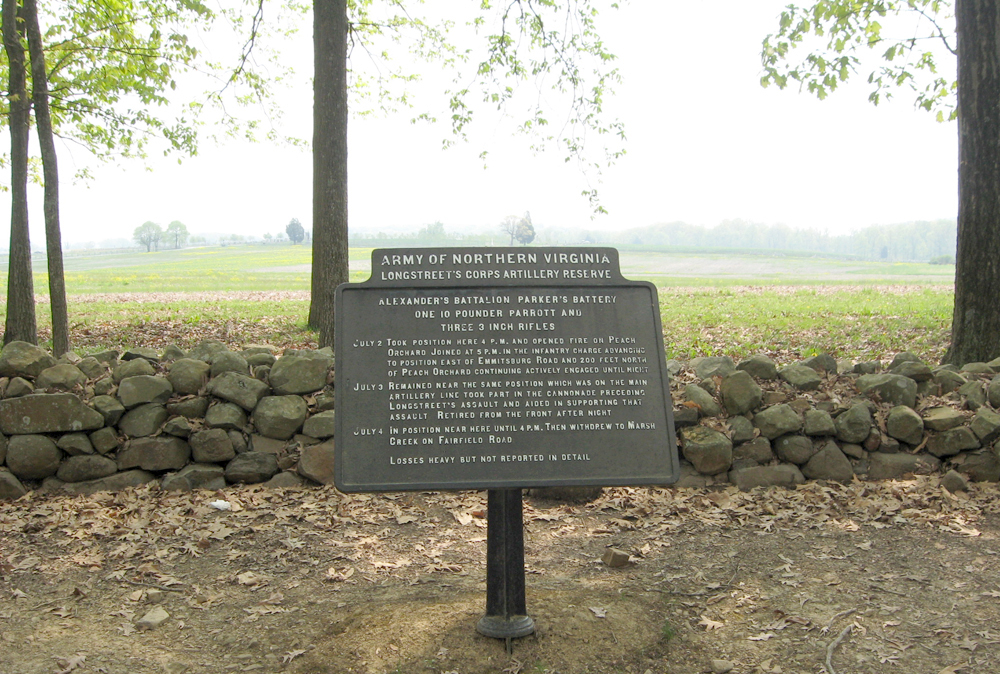 July 3. Remained near the same position which was on the main artillery line took part in the cannonade preceding Longstreet’s assault and aided in supporting that assault. Retired from the front after night.

July 4. In position near here until 4 P.M. Then withdrew to Marsh Creek on Fairfield Road.

Losses heavy but not reported in detail.

See more on the history of Parker’s (Virginia) Battery in the Civil War.