The marker for the Georgia Artillery (Milledge’s Georgia Battery) is east of Gettysburg on Benner’s Hill. (Benner’s Hill tour map) The battery was commanded at the Battle of Gettysburg by Captain John Milledge.

July 1. The Battery arrived on the field too late to participate in the engagement of the day.

July 2. Took position on Seminary Ridge 1/4 mile north of Chambersburg Pike. About 11 A. M. moved to the rear of Pennsylvania College and remained until night when the Battery returned to the position of the morning.

July 3. Ordered to the extreme left of the Confederate line to find a position to withdraw the fire from the Confederate infantry. Opened about 12 M. firing from 20 to 25 rounds.

July 4. Took position west of town and at

midnight moved on the march to Hagerstown. 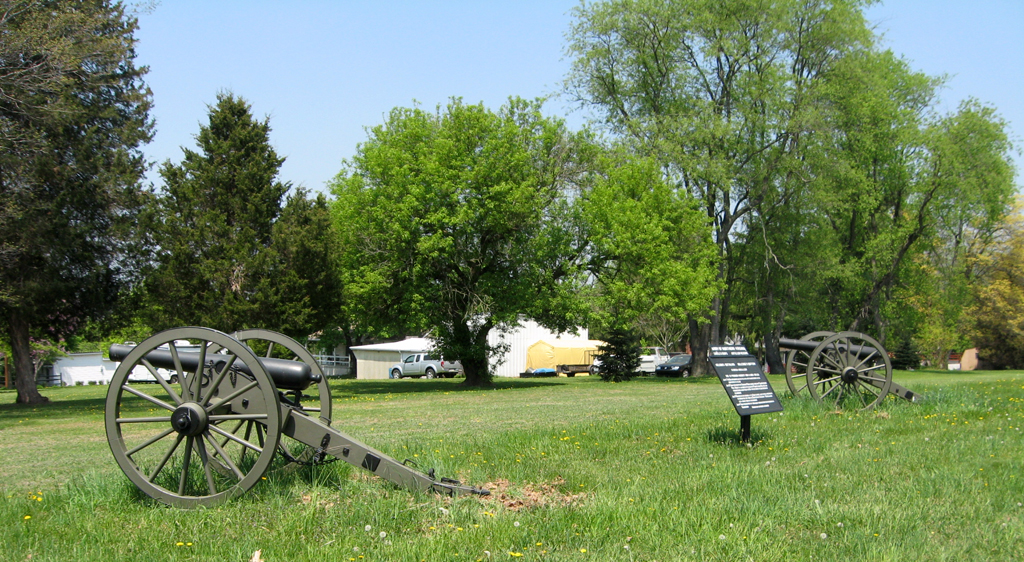 See more on the history of Milledge’s Battery in the Civil War.