The marker to the Lee Battery is east of Gettysburg on Benner’s Hill, a short walk beyond the turnaround at the end of the paved road. (Benner’s Hill tour map)

The battery was commanded at the Battle of Gettysburg by Captain Charles I. Raine. Captain Raine took over the battalion when Major Latimer was mortally wounded on July 2. Lieutenant William W. Hardwicke then took over the battery.

July 2. The 10 Pounder Parrott and 3 Inch Rifle took position here about 4 P. M. and were engaged in the severe cannonade that lasted over two hours. They also aided in supporting the attack of Johnson’s infantry on Culp’s Hill and did not retire to the rear until dark. The 20 Pounder Parrots took an active part in the cannonade from their position some distance in the rear of the other guns.

July 3. The 20 Pounder Parrotts were actively engaged in the great cannonade.

July 4. Withdrew from the field with the Battalion. 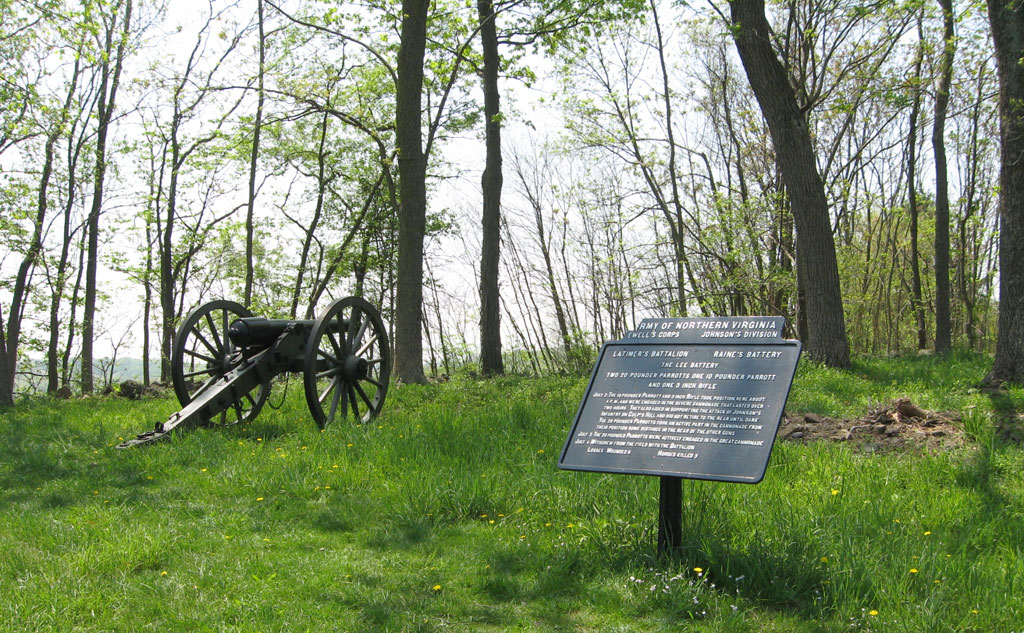 See more on the history of the Lee (Virginia) Artillery in the Civil War.