July 2. Moved forward early into the low ground here with its right flank resting on Baltimore St. and skirmished all day. Enfiladed by artillery and exposed to musketry fire in front it pushed forward over all obstacles scaled the hill and planted its colors on the lunettes capturing several guns. Assailed by fresh troops and with no supports it was forced to retire but brought off 75 prisoners and 4 stands of colors.

July 3. Occupied a position on High St. in town.

July 4. At 2 A. M. moved to Seminary Ridge. After midnight began the march to Hagerstown. 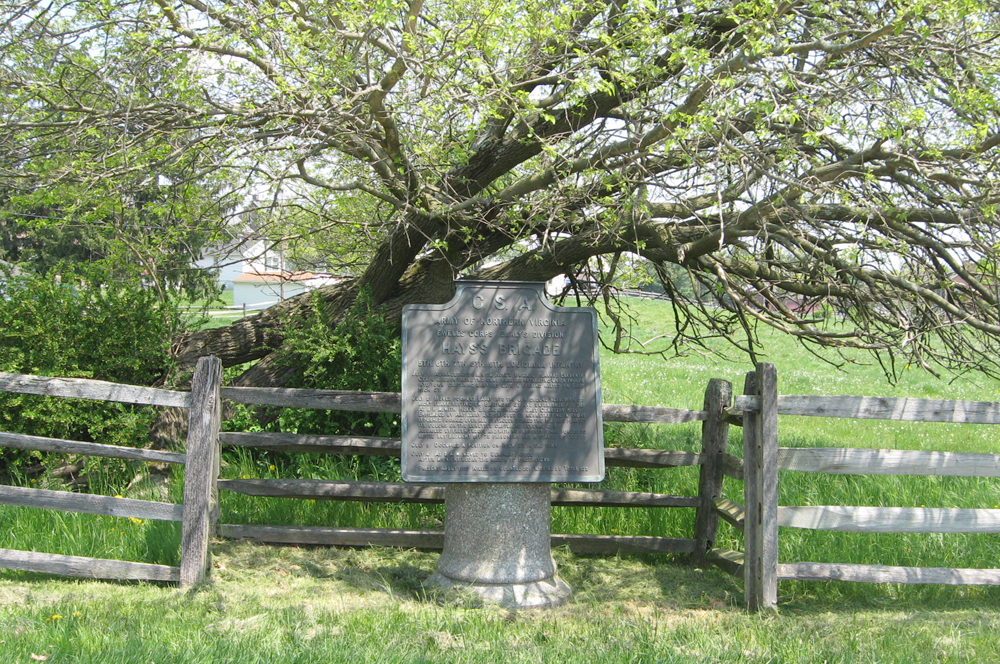 Brigadier General Harry T. Hays commanded the brigade at the Battle of Gettysburg. Hays was a New Orleans lawyer and Mexican War veteran who had been born in Tennessee.