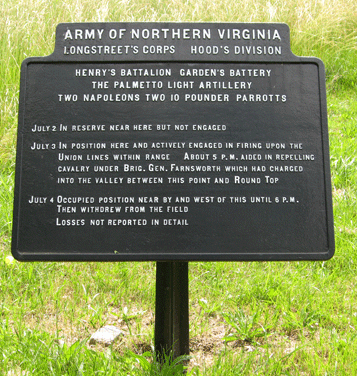 July 2. In reserve near here but not engaged.

July 3. In position here and actively engaged in firing upon the Union lines within range. About 5 pm. aided in repelling cavalry under Brig. Gen. Farnsworth which had charged into the valley between this point and Round Top.

July 4. Occupied position near by and west of this until 6 P. M. Then withdrew from the field. 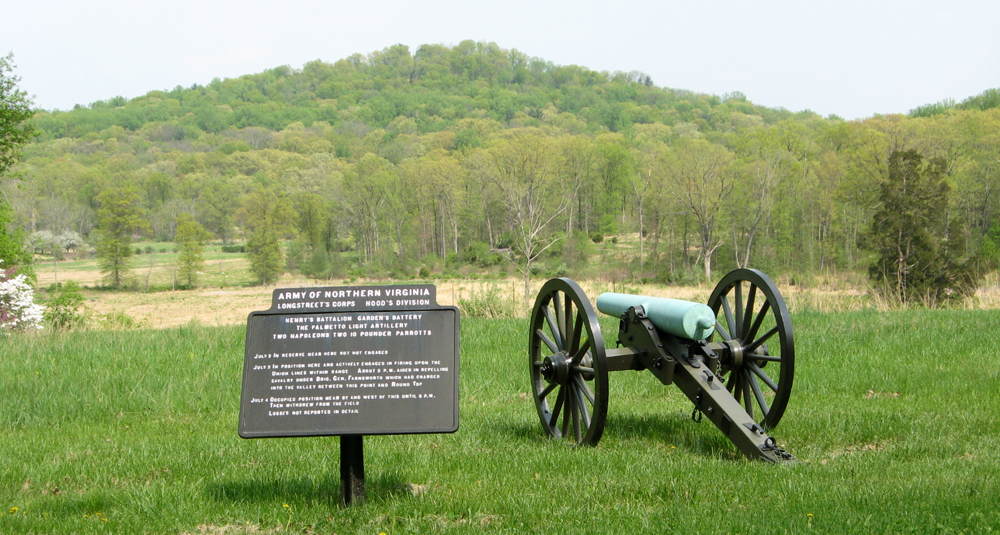 The photo looks southwest past the marker and a Napoleon similar to those used by the battery. Big Round Top is in the distance.

See more on the history of the Palmetto (South Carolina) Light Artillery in the Civil War.