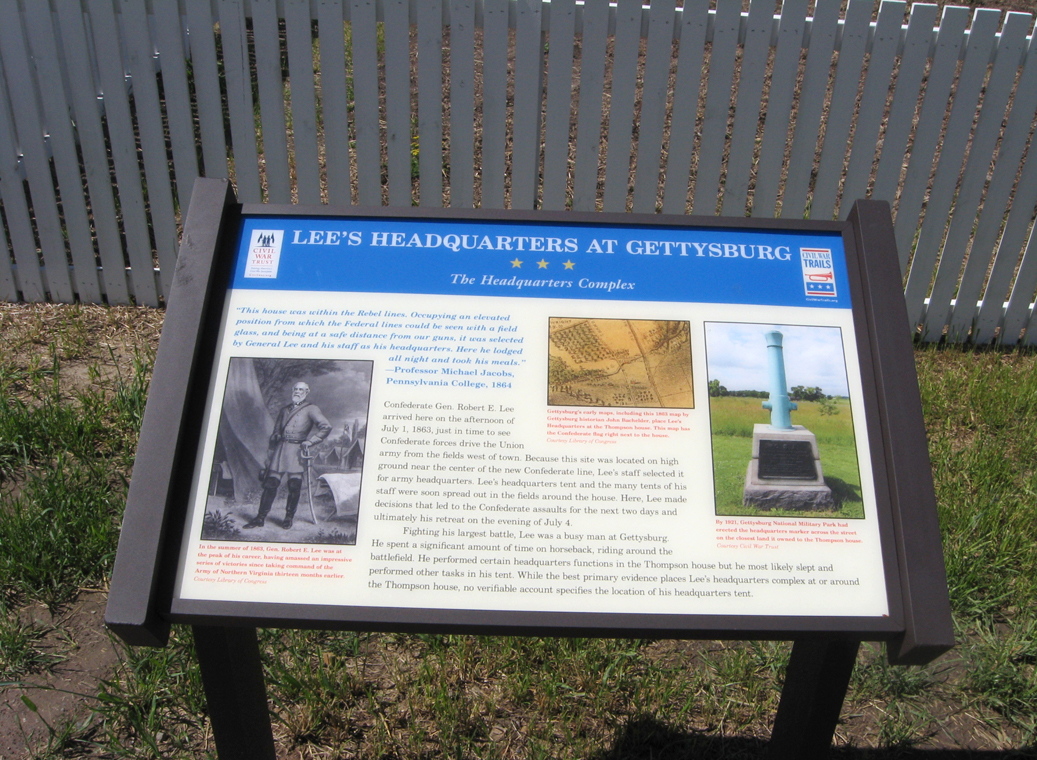 “This house was within the Rebel lines. Occupying an elevated position from which the Federal lines could be seen with a field glass, and being at a safe distance from our guns, it was selected by General Lee and his staff as his headquarters. Here he lodged all night and took his meals.”
—Professor Michael Jacobs, Pennsylvania College, 1864

Confederate Gen. Robert E. Lee arrived here on the afternoon of July 1, 1863, just in time to see Confederate forces drive the Union army from the fields west of town. Because this site was located on high ground near the center of the new Confederate line, Lee’s staff selected it for army headquarters. Lee’s headquarters tent and the many tents of his staff were soon spread out in the fields around the house. Here, Lee made decisions that led to the Confederate assaults for the next two days and ultimately his retreat on the evening of July 4.

From the caption to the engraving at left:
In the summer of 1863, General Robert E. Lee was at the peak of his career, having amassed an impressive series of victories since taking command of the Army of northern Virginia thirteen months earlier. – courtesy Library of Congress

From the caption to the drawing at center:
Gettysburg’s early maps, including this 1863 map by Gettysburg historian John Batchelder, place Lee’s Headquarters at the Thompson House. This map has the Confederate flag right next to the house. – Courtesy Library of Congress

From the caption to the photo at right:
By 1921, Gettysburg National Military Park had erected the headquarters marker across the street on the closest land it owned to the Thompson House. – Courtesy Civil War Trust 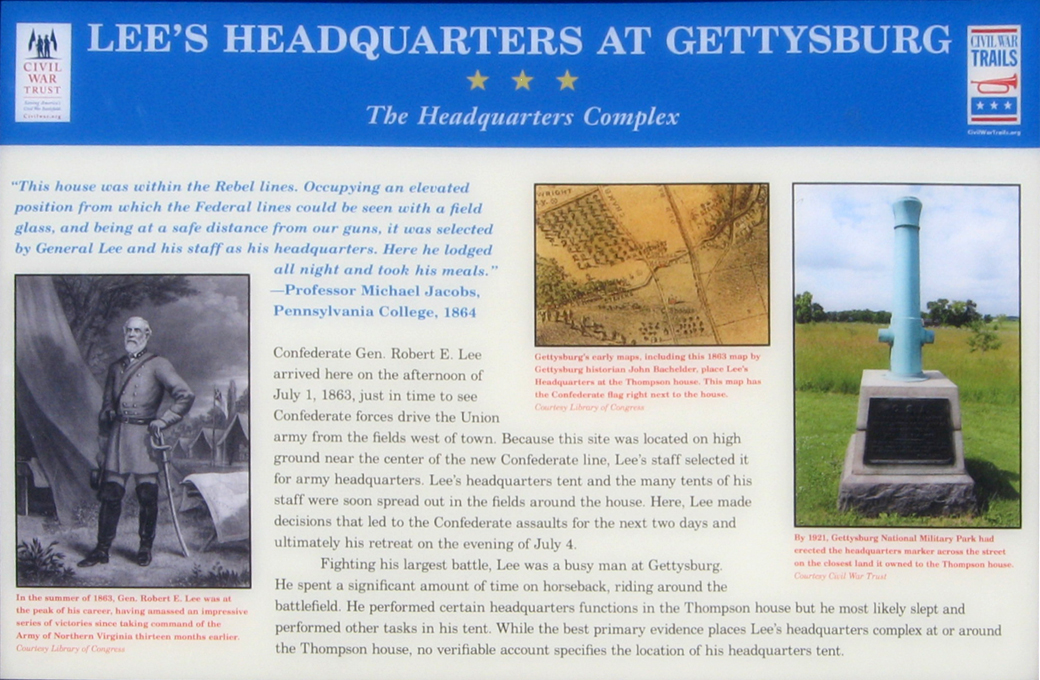