There are two monuments to Battery K at Gettysburg, both with identical inscriptions. They are on Baltimore Pike at Hunt Avenue and on the summit of Culp’s Hill next to the observation tower. (Culp’s Hill North tour map) 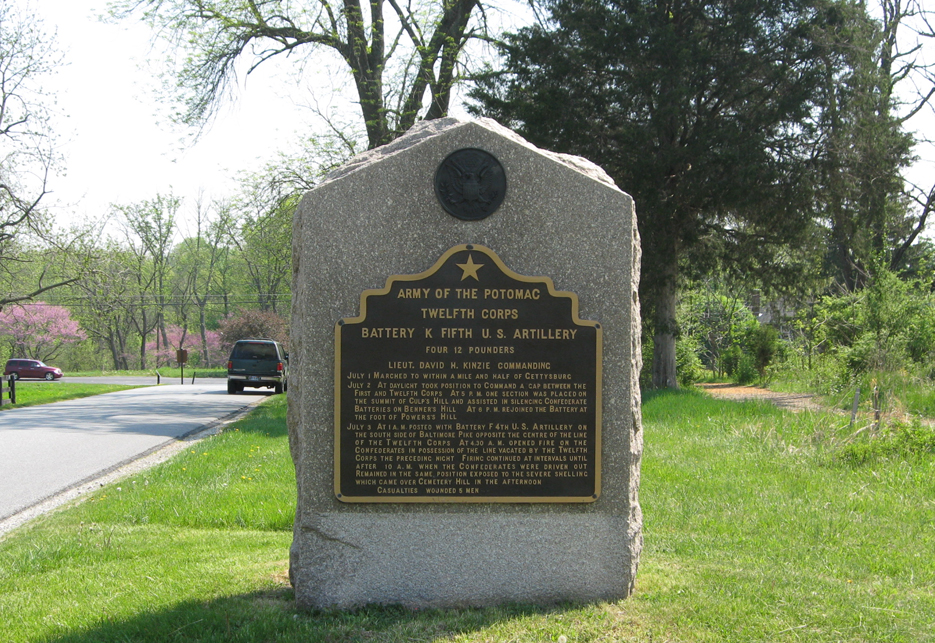 July 2 At Daylight took position to command a gap between the First and Twelfth Corps. At 5 p.m. one section was placed on the summit of Culp’s Hill and assisted in silencing Confederate Batteries on Benner’s Hill. At 6 p.m. rejoined the battery at the foot of Power’s Hill

July 3 At 1 p.m. posted with Battery F 4th U.S. Artillery on the south side of Baltimore Pike opposite the centre of the line of the Twelfth Corps. At 4:30 a.m. opened fire on the Confederates in possession of the line vacated by the Twelfth Corps the preceding night. Firing continued at intervals until after 10 a.m. when the Confederates were driven out. Remained in the same position exposed to the severe shelling which came over Cemetery Hill in the afternoon. 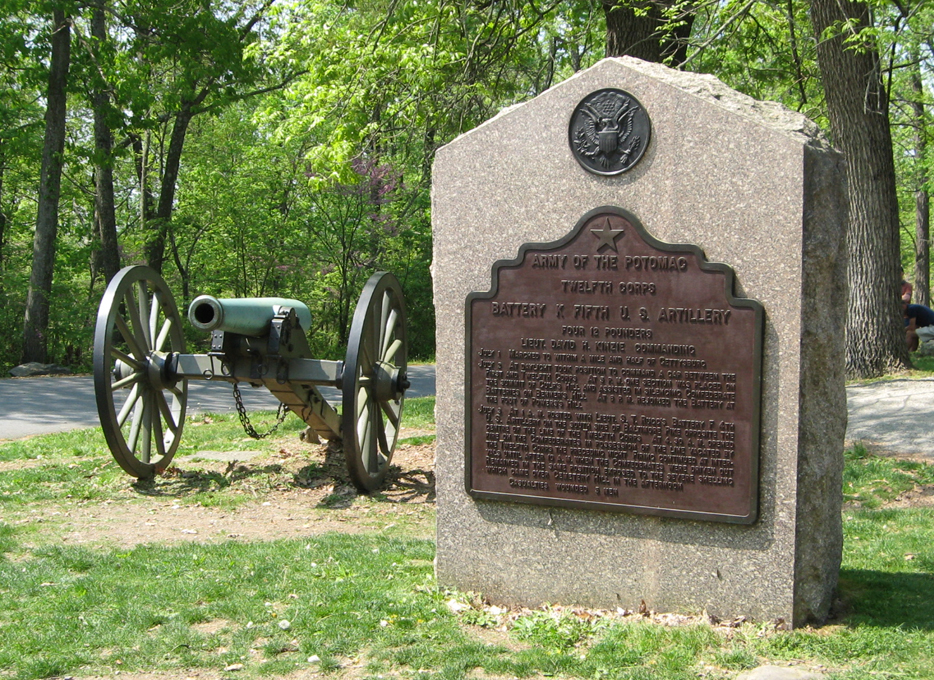 Location of the monuments to Battery K at Gettysburg

See more on the history of Battery K, 5th United States Artillery in the Civil War.