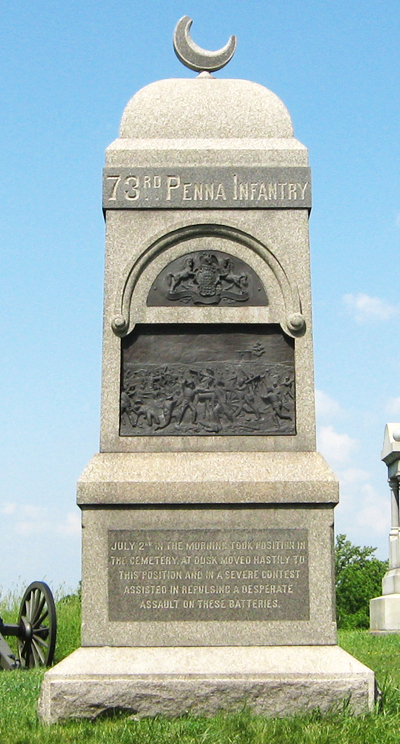 The 73rd Pennsylvania Infantry was commanded at the Battle of Gettysburg by Captain Daniel F. Kelly.

July 2nd. In the morning took position in the Cemetery. At dusk moved hastily to this position and in a severe contest assisted in repulsing a desperate assault on these batteries.

From the right side pf the monument:

July 1st. The Regiment arrived on Cemetery Hill at 2 p.m. and at a later hour moved into the town near the square to cover the retreat of the Corps. 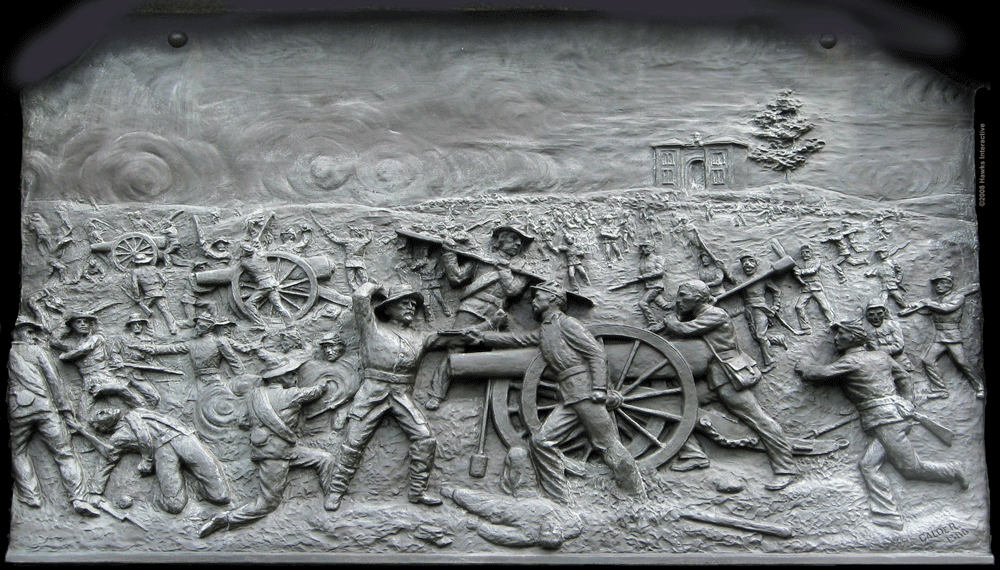 July 3rd. Returned to its former position in the Cemetery and assisted in repulsing the enemy’s final assault. 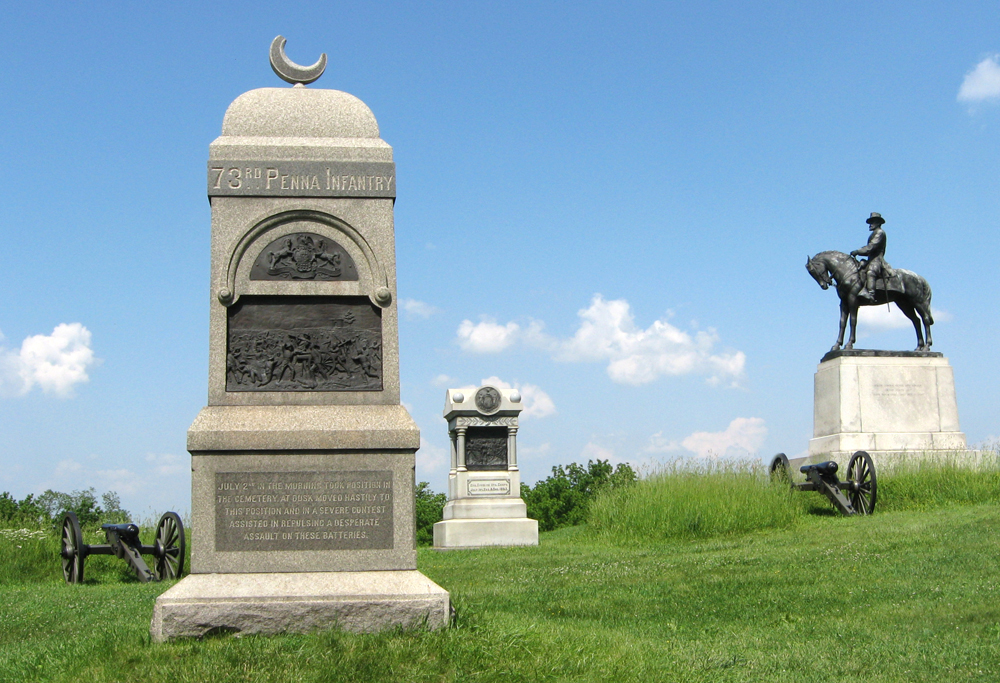 Looking north on Cemetery Hill. The equestrian monument to Major General Oliver O. Howard is on the right, looking down on the monument to Battery I, 1st New York Light Artillery. The overgrown patches are demilunes; crescent-moon shaped earthworks thrown up to protect individual artillery pieces and their crew.The Park Service lets the grass grow long on the demilunes to help preserve them.

Location of the monument to the 73rd Pennsylvania Infantry at Gettysburg