The monument to the 3rd Michigan Volunteer Infantry Regiment is south of Gettysburg in the southeast corner of the Peach Orchard. (Peach Orchard tour map) 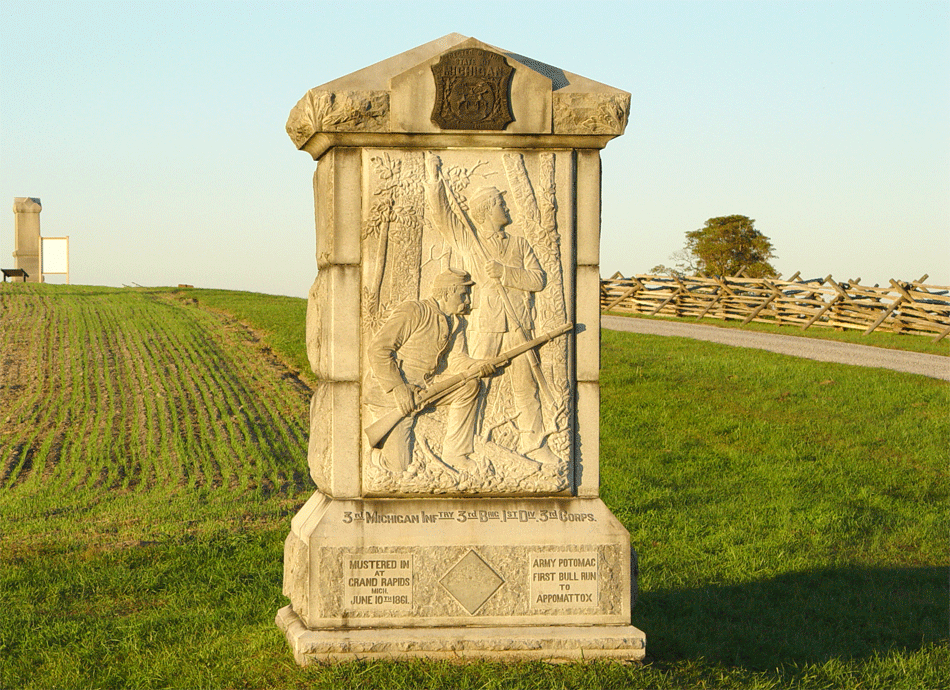 The 3rd Michigan Infantry in the Battle of Gettysburg

The regiment was commanded at the Battle of Gettysburg by Colonel Byron Root Pierce. He was wounded on July 2nd and his brother, Lieutenant Colonel Edwin S. Pierce, then took command.

July 2nd 1863.
This regiment, deployed as skirmishers 150 yards in advance of this position,
held the line extending from the Peach Orchard east to the woods, was the
right of de Trobriand’s Brigade, and connected with the left of Graham’s.
—-
Went into action with 19 officers, 267 men. – Total 286
Casualties.
7 men killed, 3 officers and 28 men wounded, 7 men missing – Total 45.

The left flank marker for the 3rd Michigan is half buried

Location of the monument to the 3rd Michigan Infantry at Gettysburg