The monument to the 33rd Massachusetts Volunteer Infantry Regiment is southeast of Gettysburg on Slocum Avenue (Stevens Knoll tour map) It was dedicated in 1885 by the State of Massachusetts.

The regiment was commanded at Gettysburg by Colonel Adin B. Underwood, and attorney who had served as Captain in the 2nd Massachusetts. It brought 562 men to the field, losing eight men killed and 36 wounded. 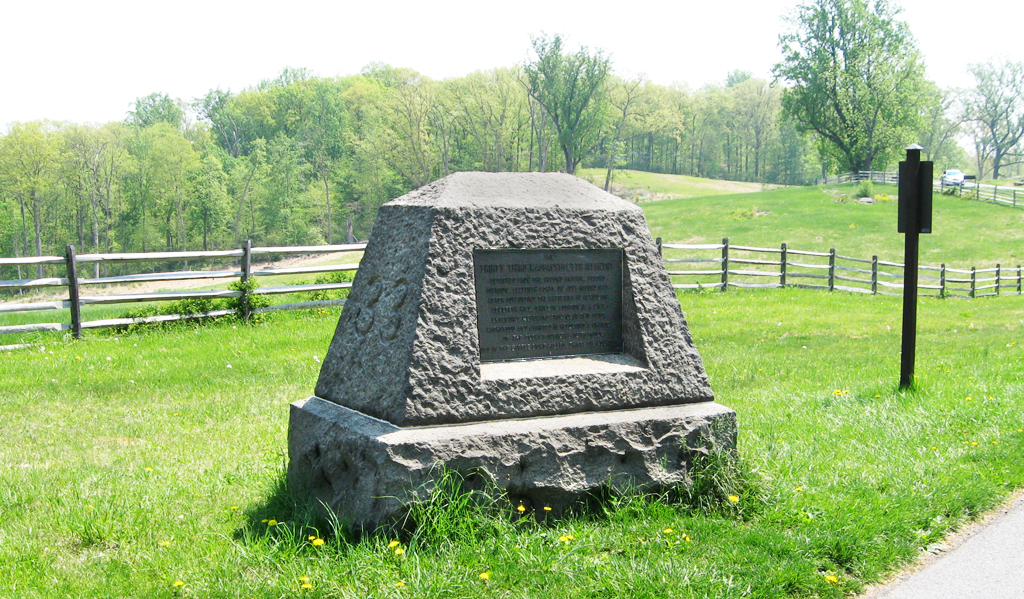 Looking east. Steven’s Knoll is on the right, with Culp’s Hill ahead in the distance.

The Thirty Third Massachusetts Infantry
Detached from the Second Brigade, Second Division, Eleventh Corps on July 2nd, 1863. After supporting the batteries in action on  Cemetery Hill, while in position in a line extending westward from near this spot, withstood and assisted in repulsing a charge of the enemy’s infantry in its front. Loss in the battle eight killed, thirty six wounded.

The monument to the 33rd Massachusetts is southeast of Gettysburg on the northeast side of Slocum Avenue at the intersection with Wainwright Avenue. (39°49’11.5″N 77°13’34.1″W)