Greene’s brigade was given the strategically vital position of Culp’s Hill to defend. He set his men to work fortifying the position. This probably saved the Union flank when the rest of the Twelfth Corps was moved away in the late afternoon, which was followed by an evening assault on the hill by four brigades of Confederates. With help from neighboring First Corps survivors Greene’s men were able to hold off the Confederate attack until the rest of the Twelfth Corps returned in the morning. 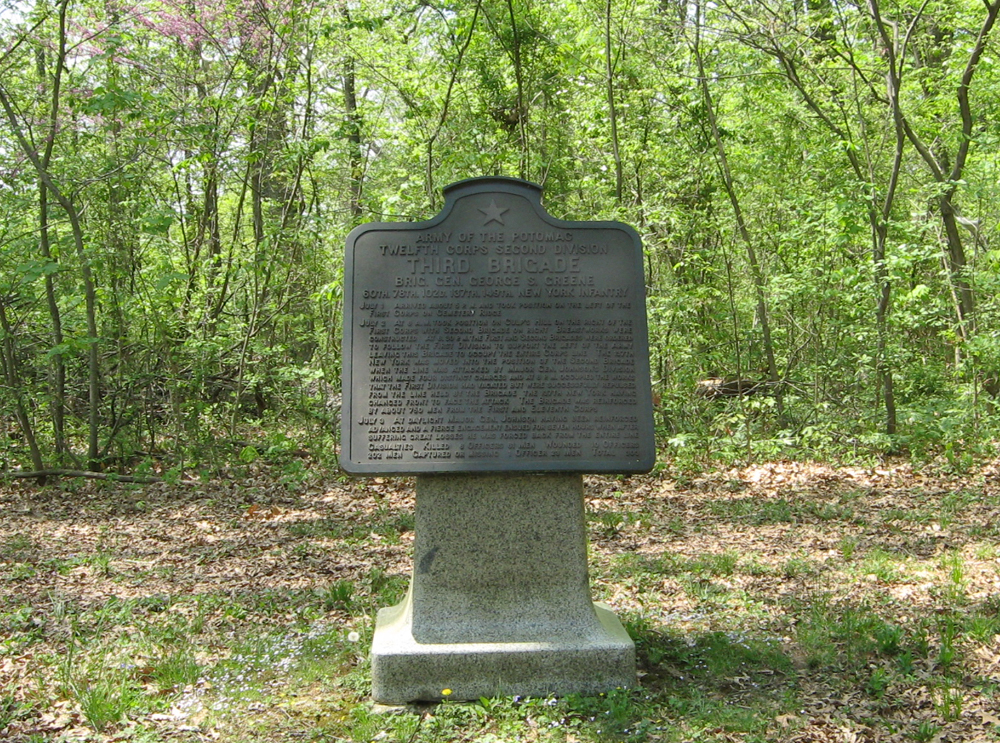 July 1. Arrived about 5 P.M. and took position on the left of the First Corps on Cemetery ridge.

July 2. At 6 A.M. took position on Culp’s Hill on the right of the First Corps with Second Brigade on right. Breastworks were constructed. At 6.30 P.M. the First and Second Brigades were ordered to follow the First Division to support the left of the Army leaving the Brigade to occupy the entire Corps line. The 137th New York was moved into the position of the Second Brigade when the line was attacked by Major Gen. Johnson’s Division which made four distinct charges and at 8 P.M. occupied the works that the First Division had vacated but were successfully repulsed from the line held by the Brigade the 137th New York having changed front to face the attack. The Brigade was reinforced by about 750 men from the First and Eleventh Corps.

July 3. At daylight Major Gen. Johnson having been reinforced advanced and a fierce engagement ensued for seven hours when after suffering great losses he was forced back from the entire line.

A monument and statue to General Greene is on the southeast side of the parking area at the summit of Culp’s Hill. 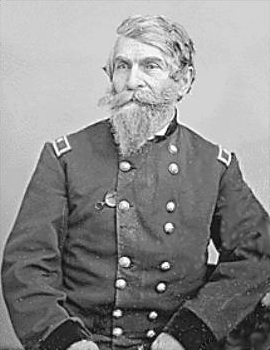 Location of the monument to the 3rd Brigade, 2nd Division, 12th Corps