Humprheys’ Division of the Union Third Corps moved forward to an advanced position along Emmitsburg Road on the afternoon of July 2nd, leaving a dangerous gap between its right flank around the Codori Farm and Hancock’s Second Corps back on Cemtery Ridge. Longstreet’s attack swept through the Union skirmish line west of the road and pushed Humphreys’ survivors back but Union counterattacks held the line at Cemetery Ridge.

Pickett’s Charge on July 3rd moved across this ground, with Pickett himself making his headquarters near the Codori Barn. As the attack failed, Perry’s Florida Brigade made a supporting attack that cost them heavy casualties. 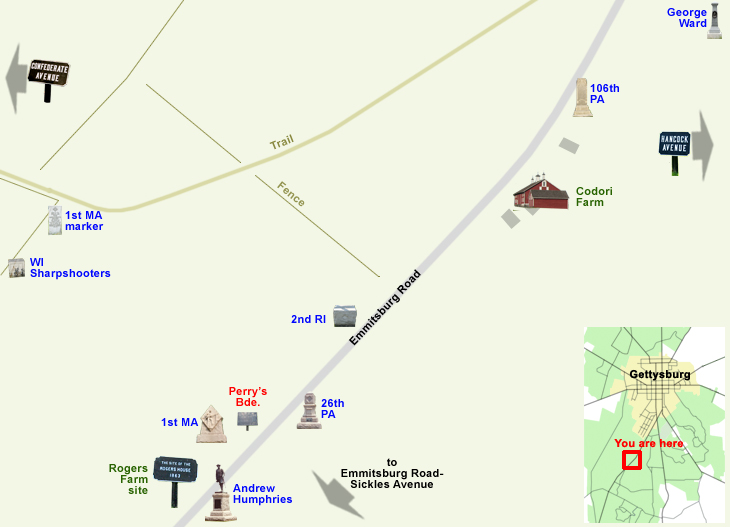