Crawford Avenue runs south (one-way) through the valley along Plum Run at the base of Little Round Top. It became known as the “Valley of Death” after the fighting there on the second day of the Battle of Gettysburg.

Crawford Avenue was named after Brigadier General Samuel Crawford, who led his division of Pennsylvania Reserves  here in a charge that he believed saved Little Round Top for the Union. After the war Crawford, who was a veteran of both Fort Sumter and Appomattox and many battles in between, purchased land here and created a park to commemorate his division’s memory. The land is all now part of Gettysburg National Military Park. 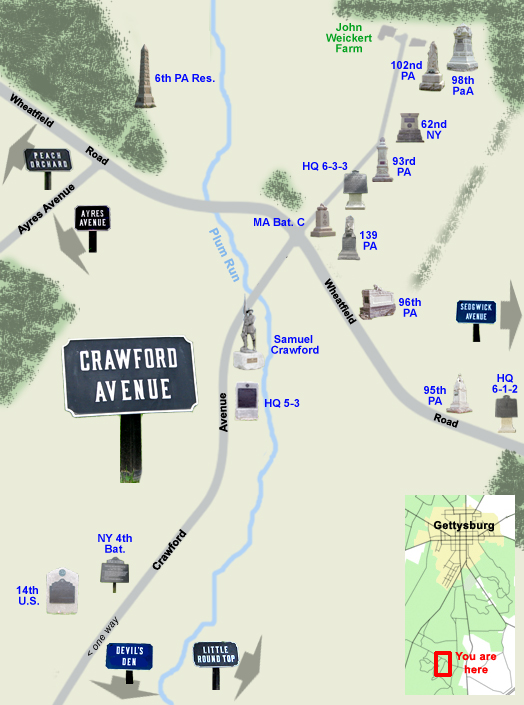