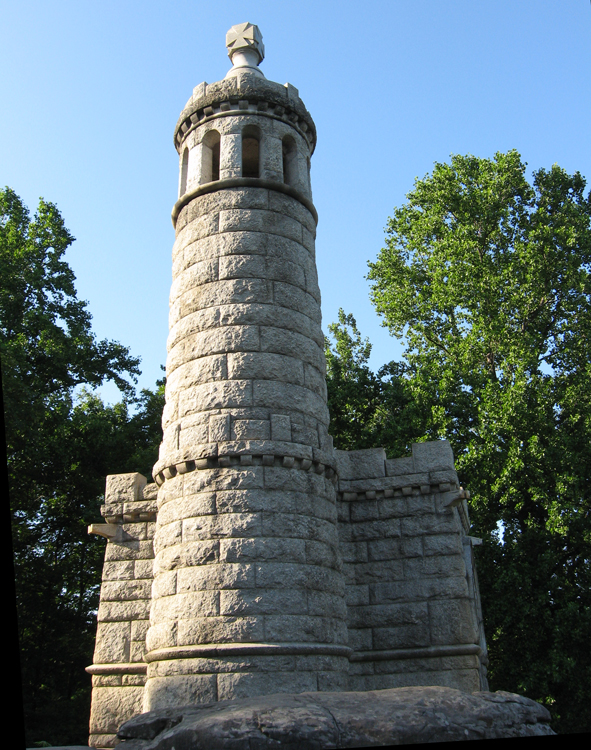 The monument to the 44th New York is the largest regimental monument on the Gettsburg battlefield. It was designed by Brigadier General Daniel Butterfield, who commanded the 44th New York earlier in the war and who was Chief of Staff of the Army of the Potomac at the Battle of Gettysburg. The monument is in the shape of a stylized castle.

Inside its tower a winding staircase leads from the small gallery on the the ground floor up to an observation deck on the roof (but, unfortunately for the public, not up to the tower windows.) The tower, topped by the Maltese Cross of the Fifth Corps, is 44 feet high, symbolizing the 44th New York, while the main structure is 12 feet wide, smbolizing the two companies of the 12th New York who were also at Gettysburg.