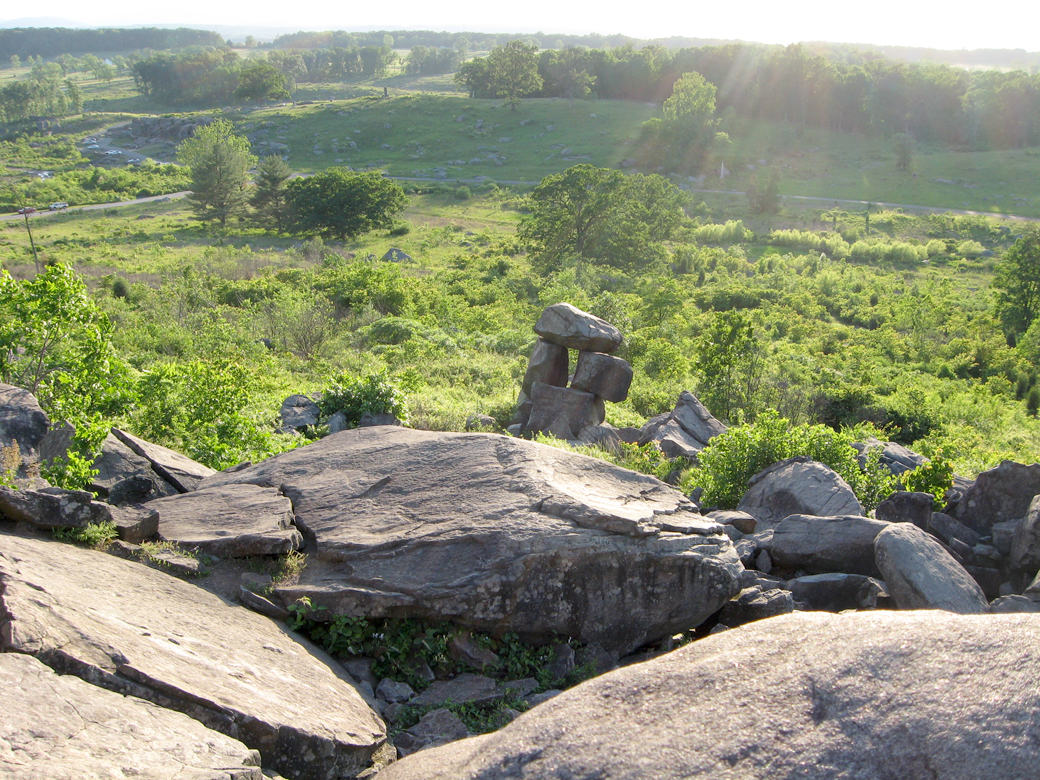 This view from just below Warren’s statue on Little Round Top looks due west across the Valley of Death (Plum Run Valley) to Houck’s Ridge.and the Devil’s Den. The tall monument of the 99th Pennsylvania Regiment stands out at the end of the high ground on Houck’s Ridge. This was the left flank of Sickles’ Third Corps line, which left Little Round Top unoccupied. Benning’s Georgians and Robertson’s Texans overran the Union defensive line at the Devil’s Den, but its defence bought enough time – barely – for Union troops to occupy Little Round Top.

The first Confederate attack almost succeeded, and for some time afterwards Confederates in these rocks harassed the Union defenders and continued to try to take the summit. But by the end of the day they fell back to the high ground on Houck’s Ridge and the Devil’s Den.