The monument to the Confederate 2nd Maryland Infantry is southeast of Gettysburg on Culp’s Hill. (South Culp’s Hill tour map) A marker showing the extent of the advance of the battalion is a short distance to the west in the saddle between upper and lower Culp’s Hill.

This was the first Confederate monument on the battlefield and met a great deal of resistance from the battlefield commission authorities. It was finally allowed to be erected and was dedicated in 1884. But the commission required it to be designated as the “2nd Maryland Infantry” even though the unit was known as the First Maryland Battalion at the time of the battle. 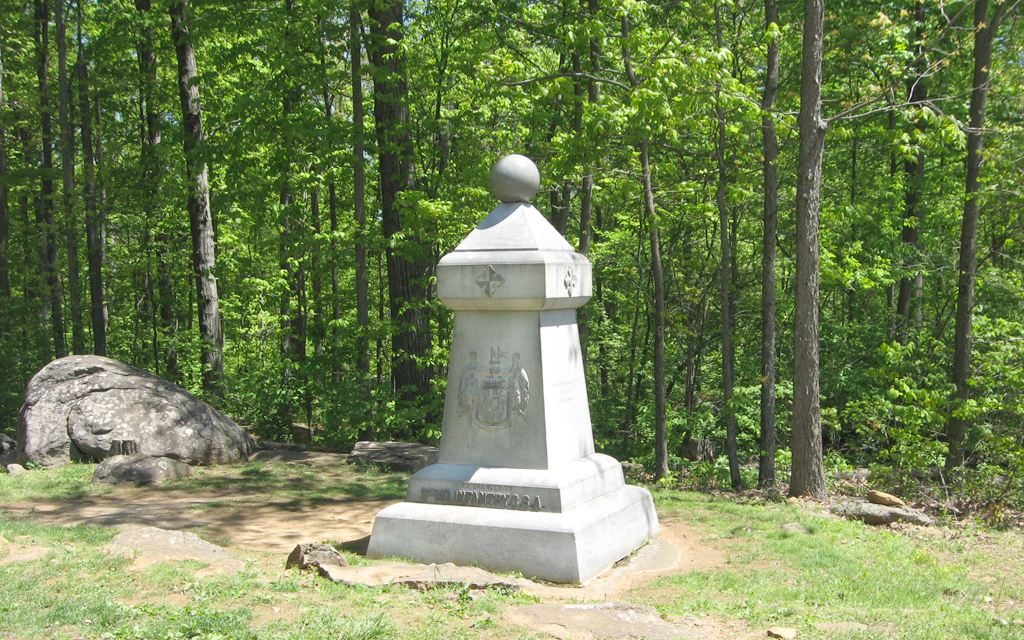 “1 MD. CHANGED TO” has been
added above the monument’s designation

The battalion was commanded by Lieutenant Colonel James Herbert until he was wounded on July 2nd. Major William Goldsborough then took over until he, too was wounded. Captain Murray having been killed, Captain Torsch then briefly led the battalion until relieved by Captain James P. Crane. The battalion brought 400 men to the field in eight companies, losing 56 killed, 118 wounded and 15 missing.

Colonel Wallace of the Union 1st Maryland wrote, “The 1st Maryland Confederate Regiment met us and were cut to pieces. We sorrowfully gathered up many of our old friends and acquaintances and had them carefully and tenderly cared for.” Included among these dead was the battalion’s mascot, Grace. Union General Thomas Kane recalled, “He licked someone’s hand, they said, after he was perfectly riddled.” Kane ordered the dog given decent burial “as the only Christian minded being on either side.”*

On the morning of July 3rd
the battalion moving by
the left flank formed
at right angles with and
inside the works and charged
under a fire in in front, flank
and rear to a stone
planted 100 yards west
from this monument

Position marker showing the furthest advance of the battalion 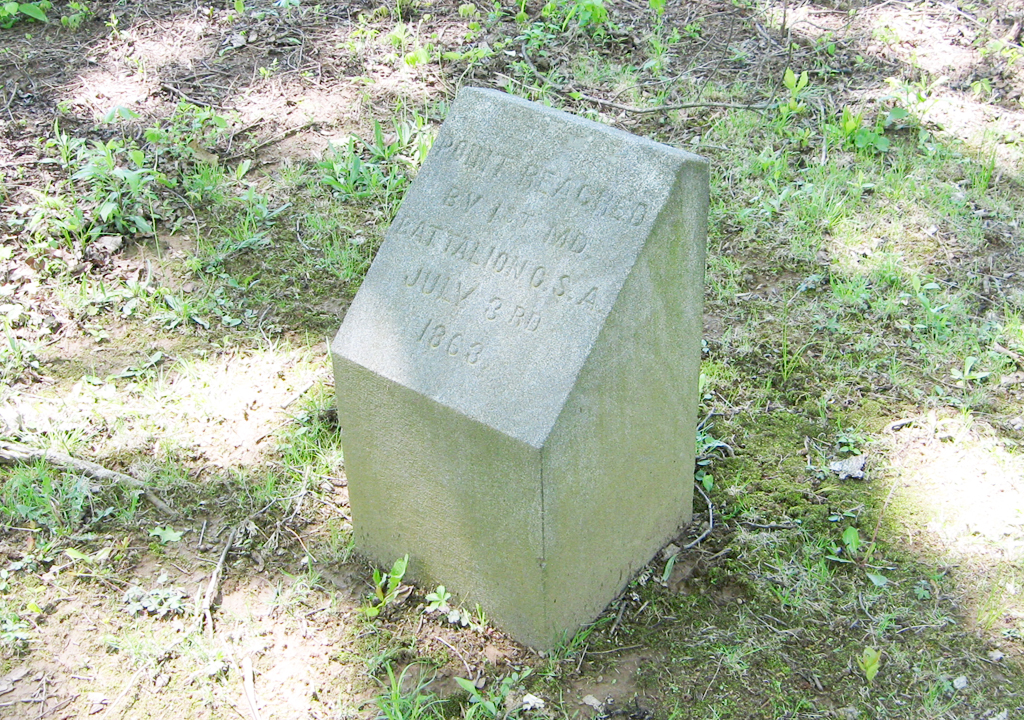 The monument to the 2nd Maryland Infantry (C.S.A.) is south of Gettysburg on Culp’s Hill on the east side of Slocum Avenue about 300 yards north of the intersection with Geary Avenue by Spangler’s Spring. Slocum Avenue is one way northbound. (39°49’00.1″N 77°13’05.7″W)