Joseph W. Urner of Maryland designed and sculpted the monument. It represents the Spirit of Alabama pointing the way forward. A wounded soldier passes a cartridge box to his comrade, representing the determination to continue the struggle.

The monument stands where General Evander Law’s Alabama Brigade began their assault toward Little Round Top on July 2nd after a grueling 18 mile approach march. 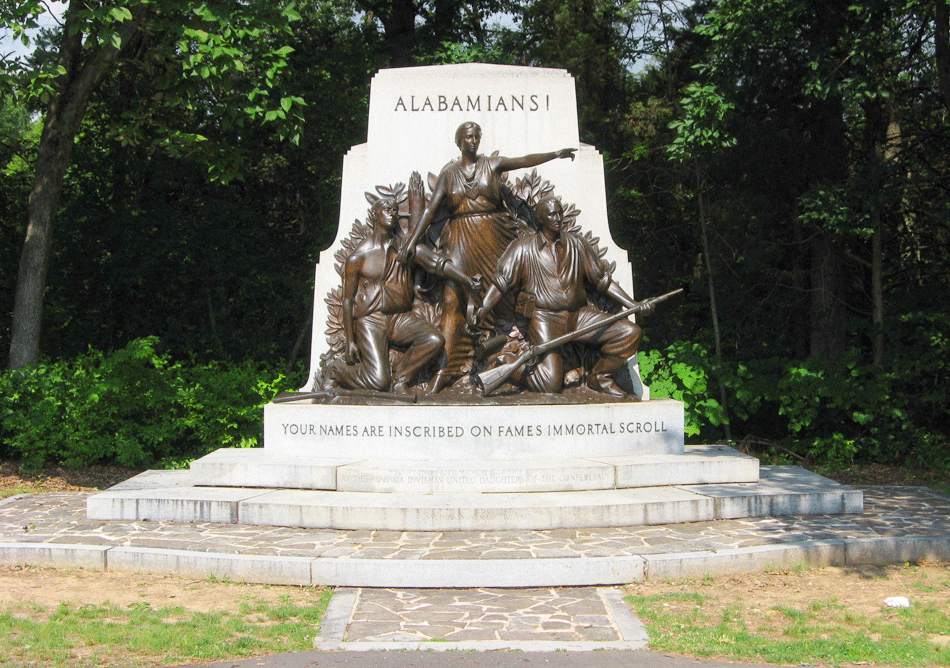 State of Alabama Monument at Gettysburg

Your names are inscribed on fames immortal scroll

Unveiled November 12, 1933 by the Alabama Division United Daughters of the Confederacy 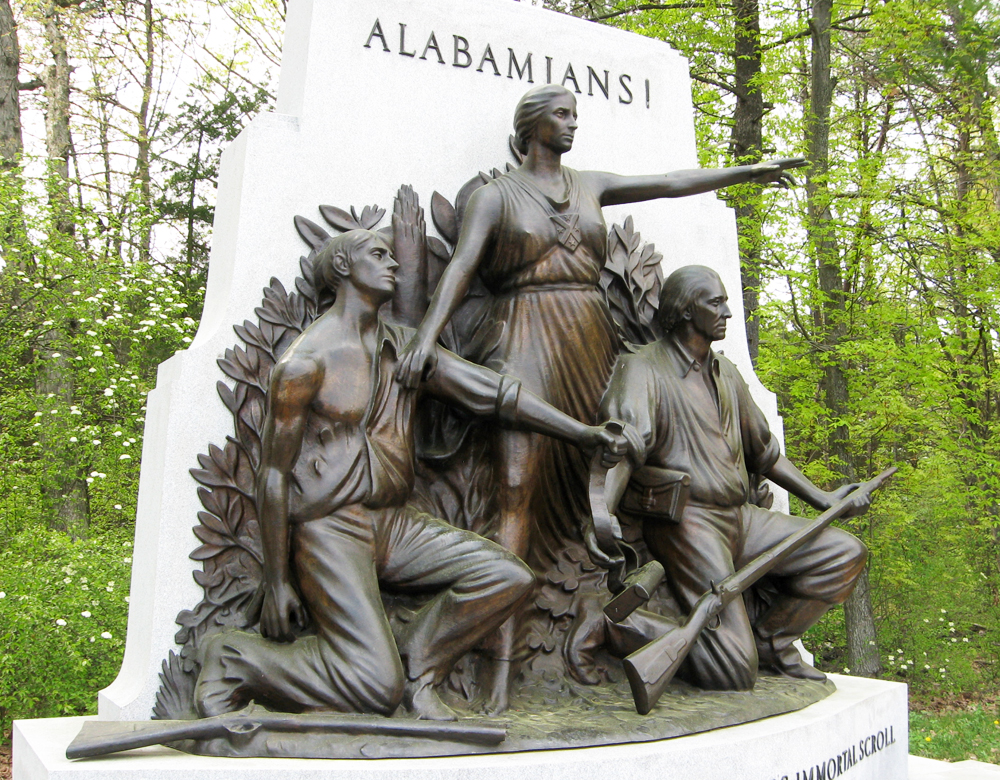 Location of the Alabama monument at Gettysburg