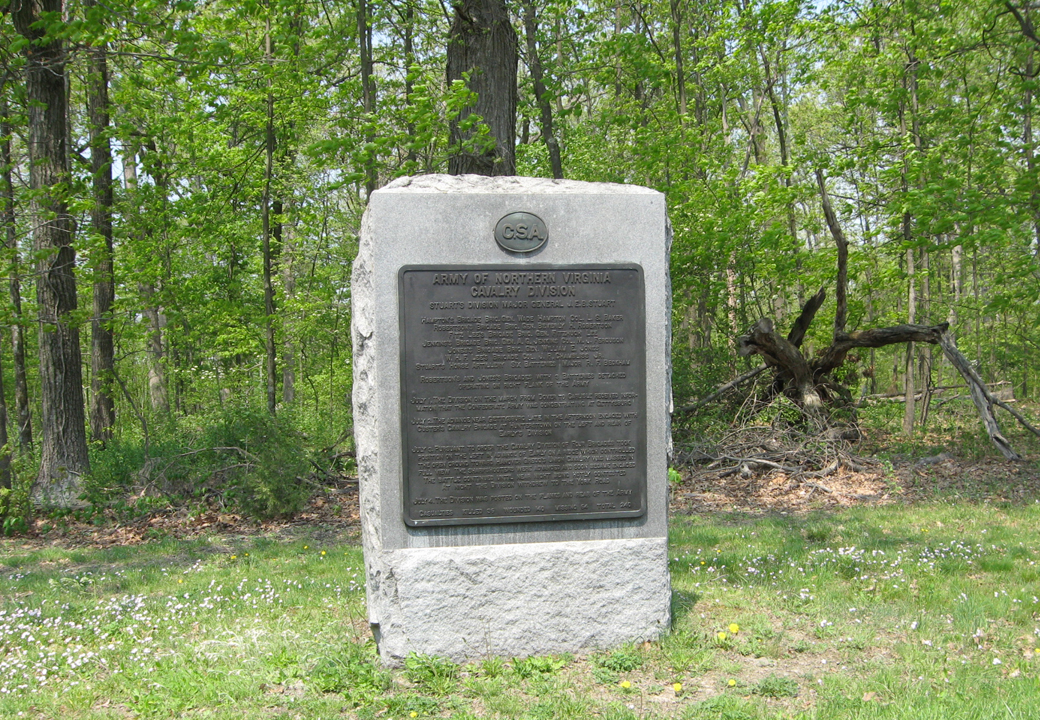 Robertson’s and Jones’ Brigades with 3 batteries detached operating on right flank of the Army.

July 1. The Division on the march from Dover to Carlisle received information that the Confederate Army was concentrating at Gettysburg.

July 2. The advance near Gettysburg late in the afternoon engaged with Custer’s Cavalry Brigade at Hunterstown on the left and rear of Early’s Division.

July 3. Pursuant to order the Cavalry Division of four Brigades took position on the left in advance of Early on a ridge which controlled the open ground toward Hanover. Gregg’s Union Cavalry was massed in full view. The sharpshooters were advanced and soon engaged. The battle continued until near night being hotly contested. At night the Division withdrew to the York Road.

July 4. The Division was posted on the flanks and rear of the Army.

Location of the monument to Stuart’s Cavalry Division at Gettysburg

The monument is about 3.75 miles east of Gettysburg on the East Cavalry Battlefield. It is on the west side of Confederate Cavalry Avenue about 500 feet south of the hard right curve from Cavalry Field Road.