Monument to Steuart’s Brigade of the Army of Northern Virginia at Gettysburg. The monument to the 28th Pennsylvania Infantry is in the distance on the banks of Rock Creek.

July 1. Arrived about nightfall and took position near Hanover Road about a mile east of Rock Creek with left wing at edge of woods.

July 2. Crossing Rock Creek at 6 P. M. the 3d N. C. and 1st Md. attacked the lesser summit of Culp’s Hill. Reinforced later by the other regiments the Union breastworks thinly manned at some points were occupied to the southern base of the main summit but only after a vigorous and desperate conflict.

July 3. The Union troops reinforced the conflict at dawn and it raged fiercely until 11 A. M. when this Brigade and the entire line fell back to the base of the hill and from thence moved about midnight to Seminary Ridge northwest of the town. 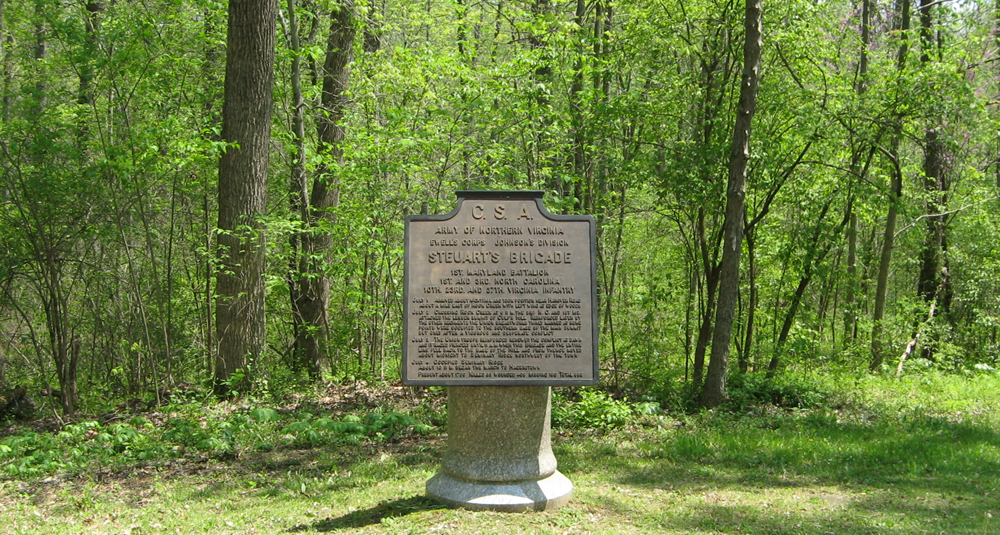 Brigadier General George Steuart (West Point Class of 1848) commanded the brigade at the Battle of Gettysburg. Steuart, a Maryland native, was a career Army officer. 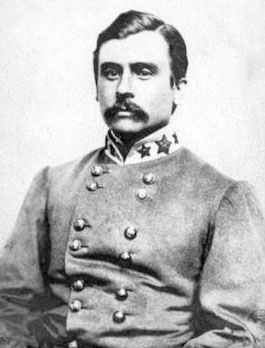 The monument to Steuart’s Brigade is just over one mile south of the edge of the town Gettysburg on the west side of East Confederate Avenue, which is one way southbound.