The brigade was under Perrin’s command as senior colonel while its assigned commander, Brigadier General Samuel McGowan, recovered from a wound from the Battle of Chancellorsville. The brigade is often (and properly) called “McGowan’s Brigade.”

There is a monument to McGowan’s Brigade at the Bloody Angle on the Spotsylvania battlefield. 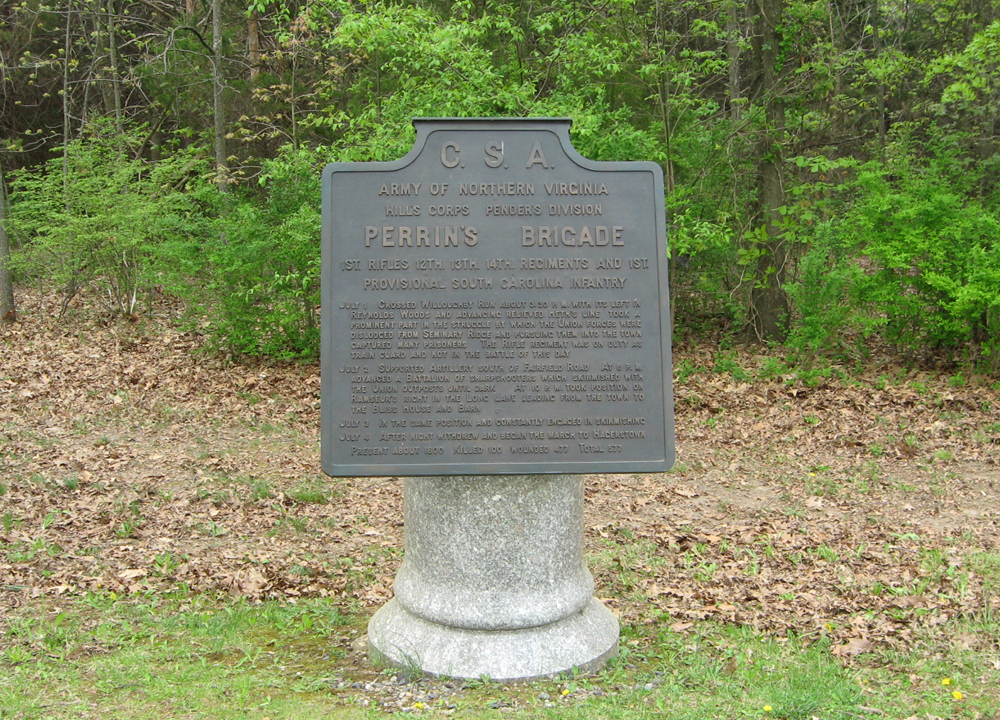 July 1. Crossed Willoughby Run about 3.30 P. M. with its left in Reynolds Woods and advancing relieved Heth’s line. Took a prominent part in the struggle by which the Union forces were dislodged from Seminary Ridge and pursuing them into town captured many prisoners. The Rifle Regiment was on duty as train guard and not in the battle of this day.

July 2. Supported artillery south of Fairfield Road. At 6 P. M. advanced a battalion of Sharpshooters which skirmished with Union outposts until dark. At 10 P. M. took position on Ramseur’s right in the Long Lane leading from the town to the Bliss House and Barn.

July 3. In the same position and constantly engaged in skirmishing.

July 4. After night withdrew and began the march to Hagerstown. 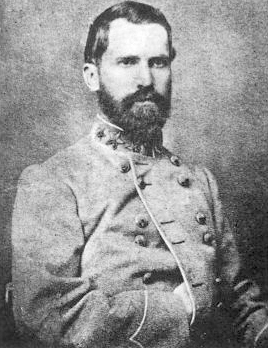 See the history of the regiments in Perrin’s Brigade during the Civil War: